by Jelle and Stijn

In the spring of 2017 we, Jelle Epema and Stijn Dijsselbloem students from the TU Delft, went to Mozambique to work on our BSc thesis on wastewater treatment. We stayed for a period of two months, from the beginning of April to the start of June.

Background
As people have written on this website several times before, the existing WWTP is not operating well (see Irene’s work for more information) although things are changing and works at the plant have started. These include a wall and a gate that allow controlling the accesses and repavement of the roads in the plant. In the near future the Municipality of will also start the work of de-sludging the ponds.

The main objective of our work was designing a system that would allow safe water reclamation for irrigation at Infulene, following the guidelines of WHO. We also wanted to design a system that would keep as much as possible the existing infrastructure. Thus, we went with a combination of a UASB reactor to replace the existing anaerobic ponds and, as polishing step, the introduction of baffles in the existing facultative ponds. Ok, so let’s explain what we discovered.

UASB
From this part of the work we concluded that firstly, that a UASB reactor is a robust treatment method for wastewater. However, an Infulene, it is not only wastewater that needs to be treated: there’s also faecal sludge (FS) being transported by truck to the plant (Lena wrote about it before here). Applying a UASB reactor as the only treatment would not suffice and it became evident that the UASB reactor should be combined with FS drying beds. The final configuration consisted of four UASB reactors, with the remainder of the space used for the drying beds. With this configuration the polishing step would not get overloaded. It was also concluded that the BOD concentrations were lowered to acceptable levels for depositing onto flowing waterbodies.

Polishing step
For this step, various systems were analysed and compared based on the criteria that were highly relevant for the Maputo situation. These included simplicity, cost and fecal coliform removal efficiency. Polishing ponds were considered the best system for this situation. Based on literature models, expected fecal coliform removal efficiencies were calculated. For optimal configuration, two possible adjustments to the existing ponds were considered: heightening of the bottom to make the pond shallower and introducing baffles that subdivide the pond into multiple channels. For both adjustments, removal efficiencies increased. For the best results a combination of both should be implemented. When using this combination, around 5000 m3/day could be treated sufficient for unrestricted agricultural use. When the full inflow of around 15.000 m3/day must be treated, 2 log removal could be obtained, which is not sufficient according to WHO guidelines.

Conclusions
A combination of a UASB and baffled ponds would reach removal efficiencies that would allow unrestricted irrigation. Although we did not quantify the risk associated with current reuse practices, these modifications would certainly increase the safety for farmers using the effluent water of Infulene WWTP. 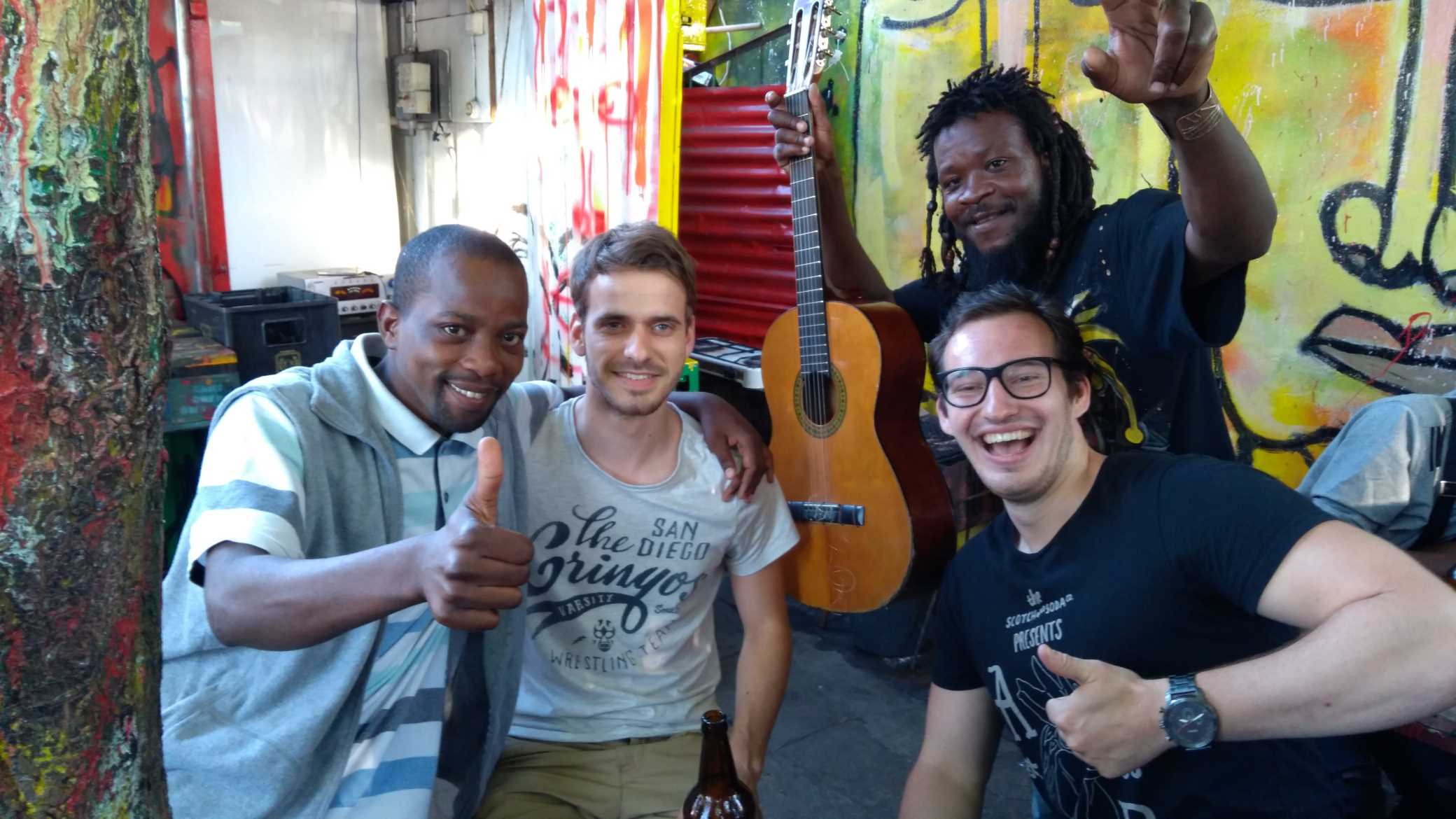 We went to the barracas at museu – it’s difficult to find a better place to have some fun on Friday evening.

Ok, and what else did we do?
We already did a little bit of research on Mozambique in advance of course, so we knew we would arrive in their “winter”. Although the Mozambicans see this as a cold period, we enjoyed the average temperature of around 24 degrees. However, it got dark quite early (around 17h00) and so all hours of sun should be enjoyed fully. We arrived in Maputo, the capital, on a weekend day and we soon learned the huge difference between a weekend day and a working day in Maputo. Crowded streets will be almost empty during the weekend and the atmosphere really calms down.

For the two months we lived in a student accommodation with a lot of students from Mozambique. With a solid group of Mozambican friends we headed out into town on the weekends. Mozambicans really enjoy karaoke and playing pool, so unsurprisingly we headed for pool and karaoke bars quite often. They also took us to the barracas, markets frequented by locals with cheap restaurants and bars. Great places to end the afternoon on a Friday. 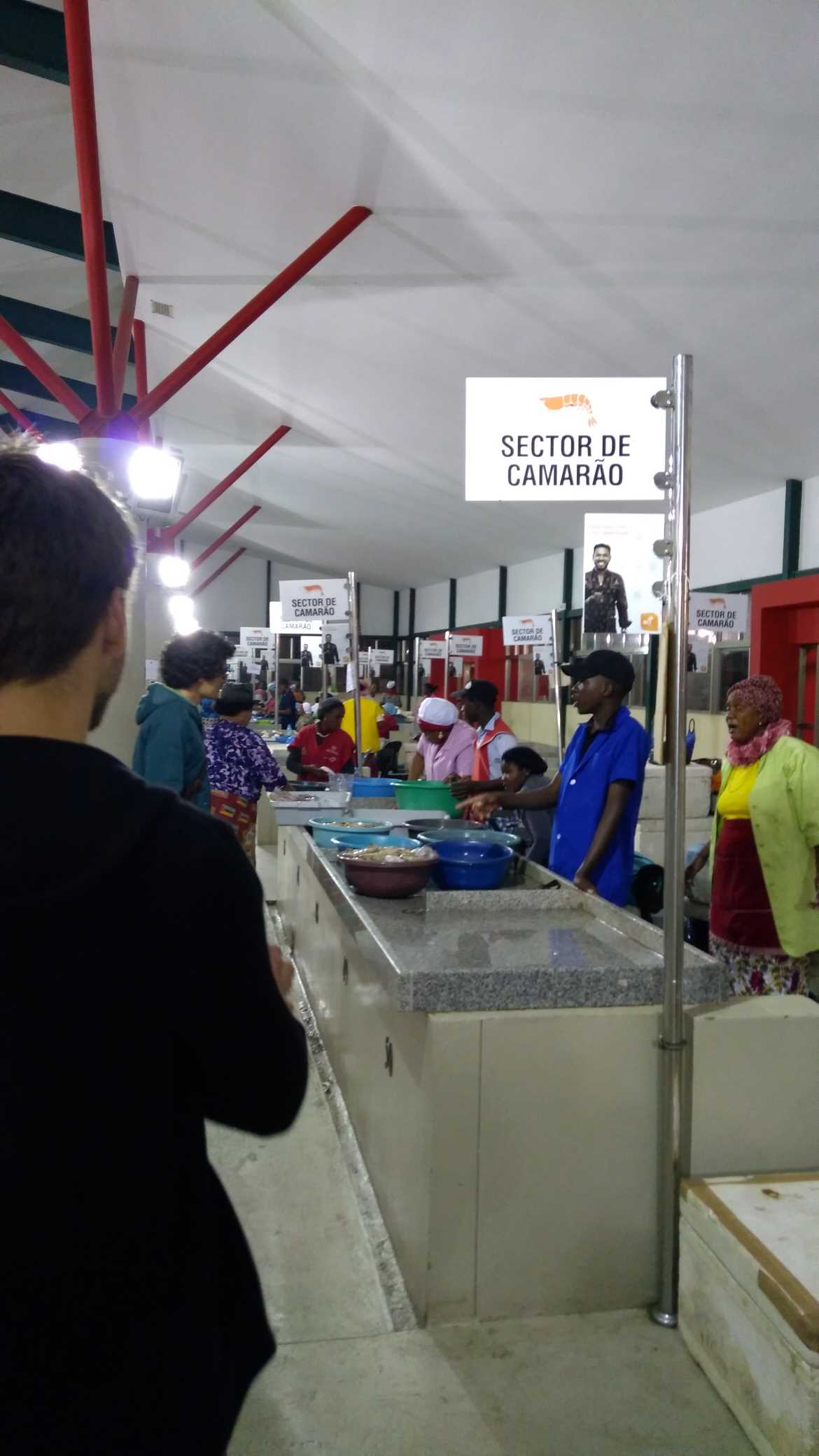 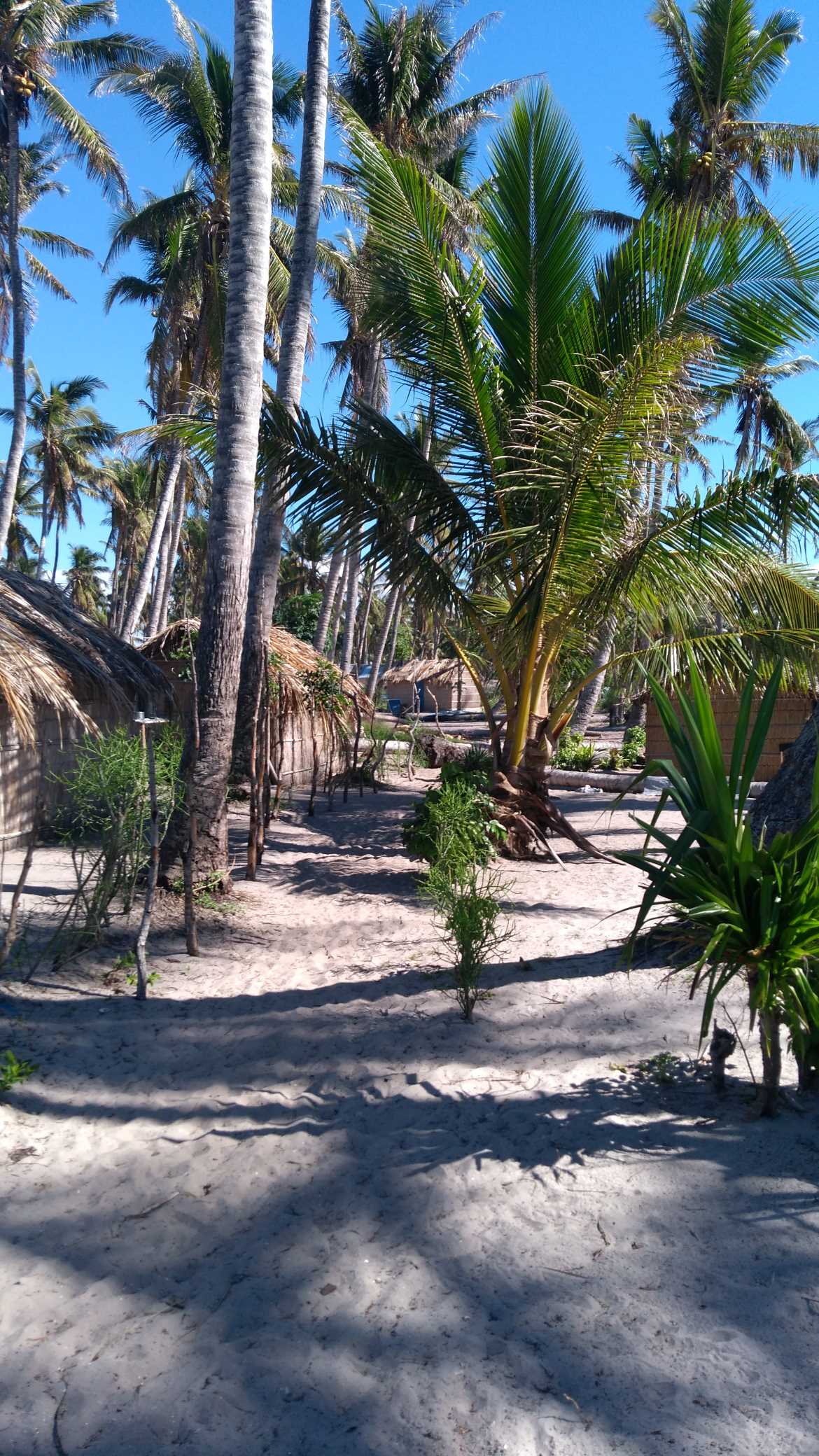 Left: We also went to the Fish Market to buy some fish. Right: Tofo was definately a highlight on out trip.

Because we wanted to get as much done during the week days but still enjoy Maputo we divided the days in three. Starting work on our thesis early in the morning when it was still cool, enjoying the afternoon when it was too hot and doing some more work later at night when it had cooled down again.

During the weekends we tried to plan fun things outside of Maputo, because we did not have a car transportation could be a bit of a hassle. However once you figure out the chapa system you can get nearly anywhere. Chapas are minibuses which act as the public transportation system of Mozambique and elsewhere in Africa.

The best destination in Mozambique is hands down Tofo. We went by Chapa and although this took almost 13 hours it was totally worth it. We went on two snorkeling trips, the first one in a shallow bay on a traditional fishing boat. The trip also included a visit to an idyllic island. The second one in the open ocean with manta rays. In tune with almost everything in Mozambique this was quite inexpensive and a great trip. A tip: we only went three days to Tofo and to really enjoy it you should spend at least a week.
Our experience in Mozambique was very positive. One lesson that we learned the first few weeks is that Mozambicans take things easy and once you start to relax you will feel at home and might never want to leave. We both started missing it after a few days arriving home and we will certainly return in the future!