In the past 20th April I had the opportunity to witness some of the efforts to integrate the theme of urban resilience into the planning cycle in Mozambique. I participated in an event named “The Dialogue on Urban Resilience in Mozambique”. This event aimed to stimulate new ideas and solutions to incorporate disaster resilience into the country’s development strategies, plans and programs. More information can be found on UN Habitat’s Facebook page. 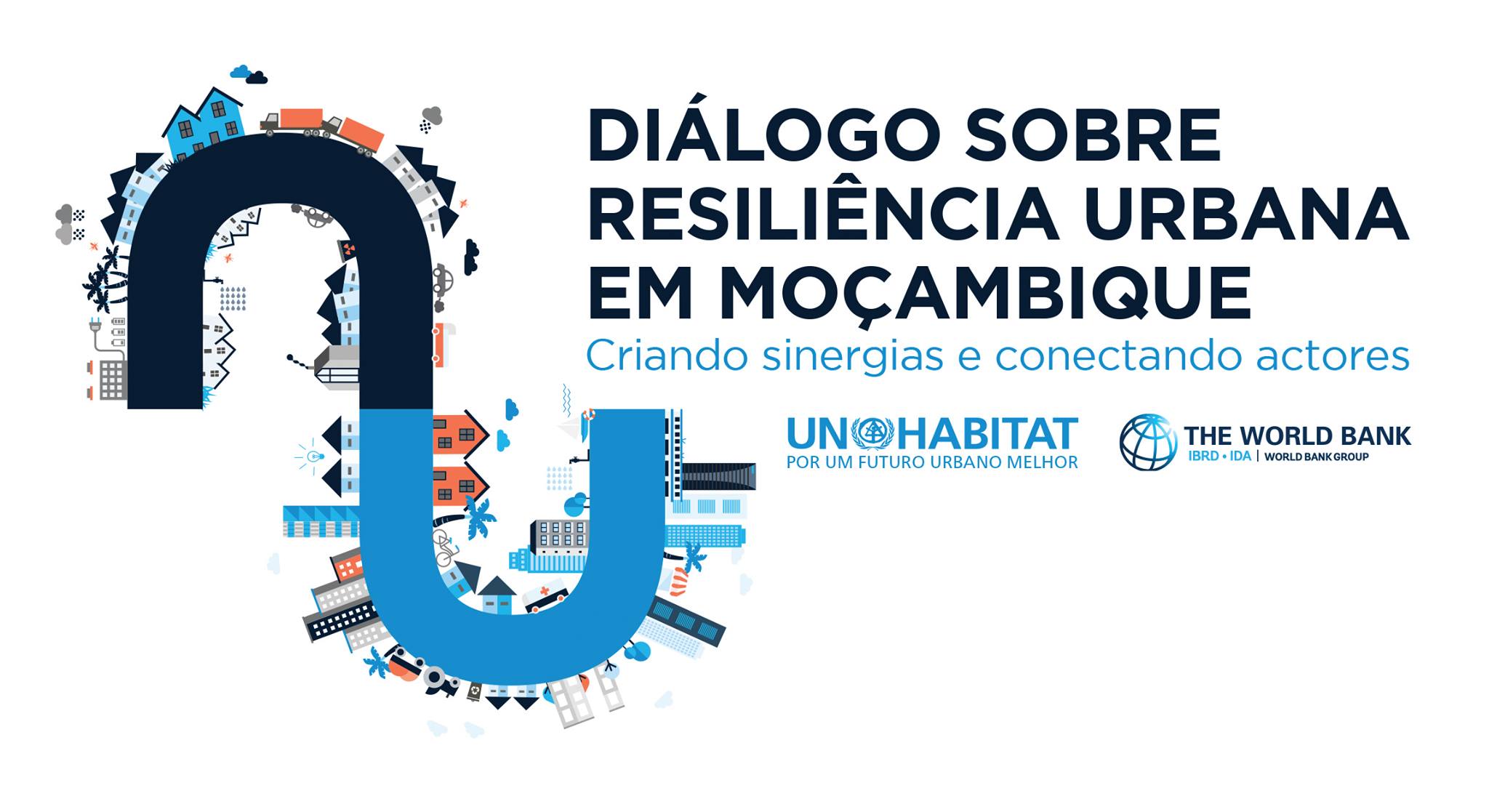 The “Dialogue on urban resilience in Maputo” took place on the 20th of April. Obtained here.

Joos Mohlmann (Program Manager, UN-Habitat), Michel Matera (Senior Specialist in Disaster Risk and Urbanism Management, World Bank) and Juvenália Mendiate (Deputy National Director of Autarchic Development) made the welcoming session and the opening ceremony of the meeting. Joos Mohlmann said that the event is part of the Habitat 3 agenda that defends a new urban agenda where the issue of urban resilience it’s relevant. He hopes that the dialogue will bring a better understanding of what can be done to make cities more resilient, financially, socially and in the face of climate change.

For Michel Matera, urban resilience is an important theme for the World Bank and this initiative aimed at promoting dialogue and supporting government efforts in integrating resilience into the development agenda and improving coordination. As expectations, Matera re-emphasized that a systematic approach to resilience is needed; better use of international standards; the establishment of more structured coordination mechanisms to integrate resilience into governance plans. To conclude the mentioned that is a relevant issue for Mozambique to have strong urban development in a context where the country is highly exposed to climate risks and when many people tend to live in informal settlements, becoming more vulnerable to such risks.

Juvenália Mendiate on behalf of the Government said that “resilience” is an important issue in the country. She acknowledged that it is a recent issue not as an event but as an approach to the discussion. She spoke of the need for investments in human capital, equipping technicians with knowledge of disaster risk management. She also reported that currently about 2% of the Gross Domestic Product is lost through natural disasters (drought and floods) and she recommended that in addressing urban resilience we have to go beyond risk control and make cities sustainable.

The opening conference was hosted by Allan Lavell, coordinator of the program of social studies, risks and disasters at the Latin American Faculty of Social Sciences of Costa Rica and coordinator of the Network of Social Studies in Disaster Prevention in Latin America. The presentation was focused on the origin of the concept; why resilience is such important thing including questions about resilience to whom, what and why.

The event also had three panels or discussion sessions: the first on ‘Local governance and participatory approaches’ and had as a question “how to ensure the inclusion of resilience in local governance in a transversal and participatory manner?”, The second one on “urban planning and spatial planning: how to reduce vulnerability and create opportunities?” and the central question was: how to organize the occupation of the territory so that vulnerabilities are reduced and equal opportunities for all are promoted?. The third one was about “investment in resilience’ questioning ‘how to promote mechanisms and incentives for investment in urban resilience?”.

I found the second panel more interesting because it addressed the question of how the lack of capacity to plan and organize the territory lead to divided cities that lead to social exclusion and the unequal distribution of services and infrastructures. This panel had the participation of someone from the Municipality of Maputo who is in charge of the “informal settlement division”. He made us known what is being done to change the shape and life of these settlements and the challenges they encounter. He referred as major challenges to integrate the topic of urban resilience the difficulties in influencing decision-making process and reconciling existing divergent interests.

Outside this panel I got the idea that the discussions and the participants were in full swing. The introduction sessions were more conceptual, theoretical and academic. I expected a debate closer to the day-to-day life of people and the participation of grassroots organizations. I became aware of the actors who are promoting this resilience agenda (UN-HABITAT, World Bank and Government Departments) but I have felt a lack of actors of a more local nature, more linked to the ground interventions. There will be another meeting on the same theme and we learned that another Master Plan is coming, and this time on disaster management. This issue has motivated me to put a question in the second panel about: how to reconcile the vision need for a holistic approach to resilience (the opening presentation had talked about the complexity of the concept and this need) when our actions and what was being presented gave us a fragmented view of interventions? I have given the example of this proliferation of master plans (there’s already one for sanitation and drainage and now we know that comes another on disaster management, and we can expect that tomorrow may come another one related to water supply) and that could be integrated into a common vision and have a unique platform of action. The interesting thing also is that the same donors promote these plans. Instead of responding, the question was taken as a challenge.