After the first guided tour around the campus in week 3 with Mr. Congolo, I started preparing drawings of the existing sewer network. But I quickly realized that this was a quite difficult job. Actually the only source available was the Master Plan for UEM campus made in 2004. During the first guided tour I saw a part of the network displayed in the Master Plan and after I went back on my own in week 4 with a pencil and paper I compared the sketches with the map – fortunately both were the same. But this network only covered around 50% of the buildings. I asked Mr. Congolo some questions during the guided tour around the campus and with his answers and assumptions I made a map of the sewer network of the other buildings. 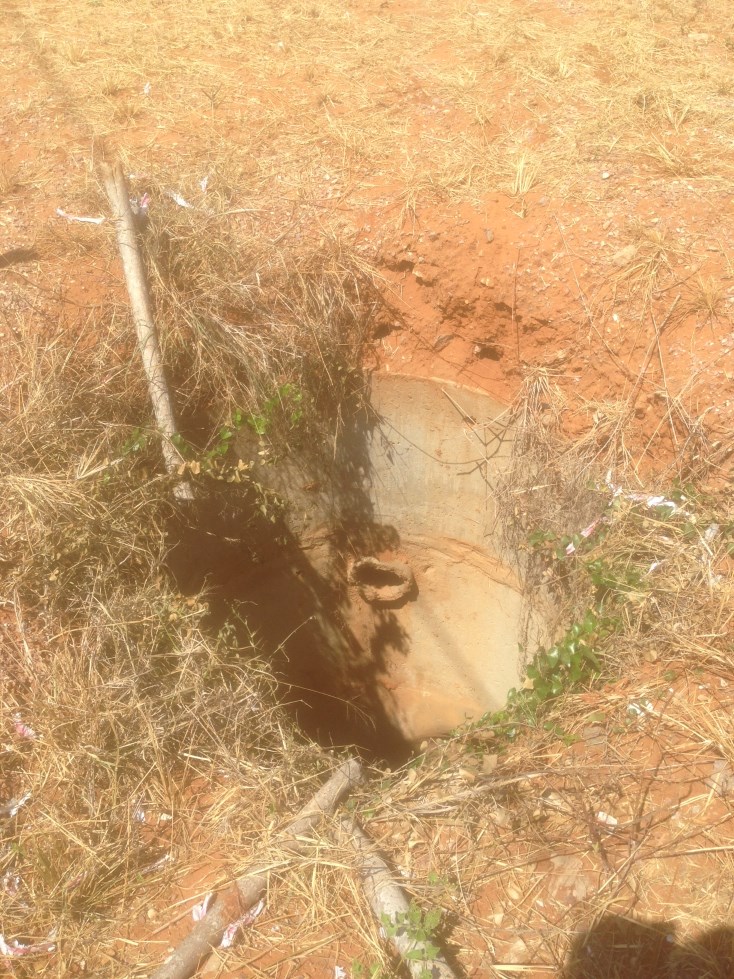 In week 5 a Dutch delegation came by in Maputo! Professors Luuk Rietveld and Jules van Lier of the supervisory team were in Maputo to discuss the state of affairs with local stakeholders and with the PhD students. On Monday we had a dinner with the whole group and I attend a few meetings, which was very nice! On Wednesday we had a guided tour with Mr. Congolo around the campus again with the whole group. It became clear that some of the assumptions, that I made in week 4 were wrong and that it would be better for my work to check each manhole and try to open it. After discussing my work with Jules, Luuk, Noor and Celma during a meeting I went to the campus again for some more field work. Luckily I found an engineer from a local construction company who was working on a the construction of new sewer line in the campus. He showed me a big part of the campus which was very useful. In week 6 I did the last field work, also with rainy circumstances to see the difference. Finally I made a clear map of the sewer network in the campus. There are three networks, one network, consisting of the student residential and restaurant is connected in a proper way to the WWTP of Infulene. The second network, connected to most of the faculties, is discharging the wastewater into the sea. The last network, connected to the new buildings of the administration office, department of pedagogy and library, collects the wastewater at the pump station 2 that is out of order, the wastewater of this network therefore is also charged into the sea at this moment with a bypass system. I will focus on the last two networks.

At the end of weeks 6 and week 7 the characteristics of the wastewater were investigated. The most important questions were: how much and what sort of wastewater is produced in the each network? At the beginning of the project the plan was to do some measurements to water flows and chemical and physical characteristics of the produced wastewater. But eventually these characteristics were investigated in another way, which was unfortunate. Because of the variability in water quality, a large number of samples would be needed. Some manholes were full of solid waste and doing measurements and grabbing samples was only possible with help of somebody of UEM. Unfortunately, this was difficult to arrange because the people of the Department of Infrastructure and Maintenance of UEM were very busy this week.

So because of the time shortage the measurements were not done, instead data were collected at the administration office. But collecting these numbers was very bureaucratic with a lot of waiting, stamps and letters. It took me two days to get only the number of enrolled students per course. But after all with the exact number of students and employees per building the produced wastewater per building was estimated. The chemical characteristics are estimated with available characteristics in similar cases. Now that I have the estimated number of wastewater flow and the chemical characteristics I can select proper treatment steps to change the wastewater into irrigation water. This will be done in the coming weeks.

Between all the fieldwork and working on the report I explored Maputo by night. The beach party on Sunday is my favorite! At this moment we have a group of 12 with people from Maputo and all over the world which is really great. The fun thing with the Mozambican guys is that you meet al lot of new people because every time they bring other family members or friends with them! In the weekend of week 6 I went to Johannesburg. Especially the Soweto derby, the soccer game between Kaizer Chiefs and Orlando Pirates, in the stadium of the world cup 2010 final was a special experience. I also attended a cricket game between South-Africa and Australia and it was a really sporty weekend. I only 4 weeks left before flying back to the Netherlands. The coming two weeks I will finish the project with making designs and finishing the report. The last two weeks I think I will be traveling to Swaziland and Durban, but that’s not sure yet! 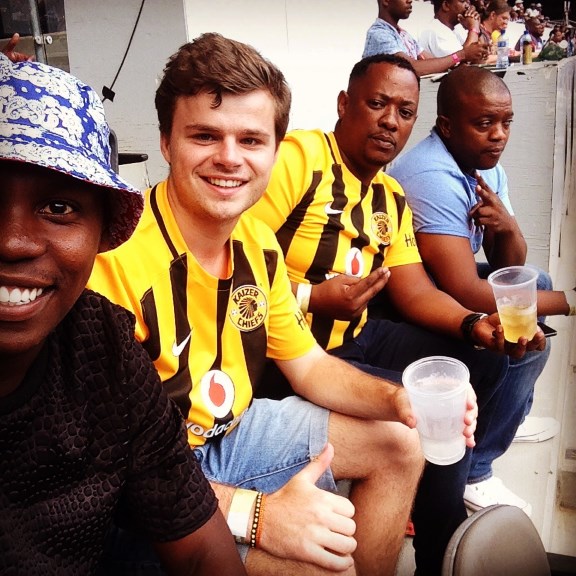 Ready for the match in South Africa.

I will keep you updated!